As I mentioned in a previous post, the Bay of Somme is famously reputed to have a whole flock of really adorable seals just swimming and lounging in their bay. As part of their tourism spiel, there are many ways to see these seals…by boat, by foot and by kayak. As soon as Yves found out that it’s possible to kayak in this bay without too much danger/trouble, he gleefully started to get our kayak out from the deep depths of our cockpit locker. Yes, we have an inflatable kayak. Most people with a sailboat have a dinghy and a small outboard engine in order to get from point A to point B when the boat is anchored down. Us? Well, I guess this is part of our fitness program?! Anyhoo, we have a really great sturdy kayak and I’m hoping to get really great arm muscles.

However, one can not just kayak around the bay whenever and wherever. This bay is pretty much dictated by the tides and tide currents. After many calculations, Yves explained that the best plan for us to kayak and hopefully observe the seals, we would have to leave early morning. With sleepy and groggy heads, we scrambled to get our gear and kayak into place and started paddling out of the marina…I think I lasted about 20 minutes before I started explaining (Yves would refute and say that I was complaining) to him that I felt the lactic acid burning in my bi/triceps. Were we there yet? How much longer? Where are the seals?!? Wait a second…

What’s that up ahead Yves?! Is that a seal??

Hey…over there, is that another one there?!?

Uh, no Joanna…that’s a buoy.

(Just a sidenote, in respect of these poor seals who are subjected to being constantly gawked at by us tourists, we spoke in our loudest whisper voice possible as so not to disturb their morning siesta). We continued further out into the bay and I could see the lighthouse of Cap Hourdel where we biked to. Suddenly we saw one seal, then another, then another…then another…we hit jackpot! We started making our way to a sand bank all the while excitedly whispering how cute they were (hmm…that was more me than Yves). We brought the kayak ashore and Yves proceeded to take National Geographic quality pictures. Well, at least he looked like he did. 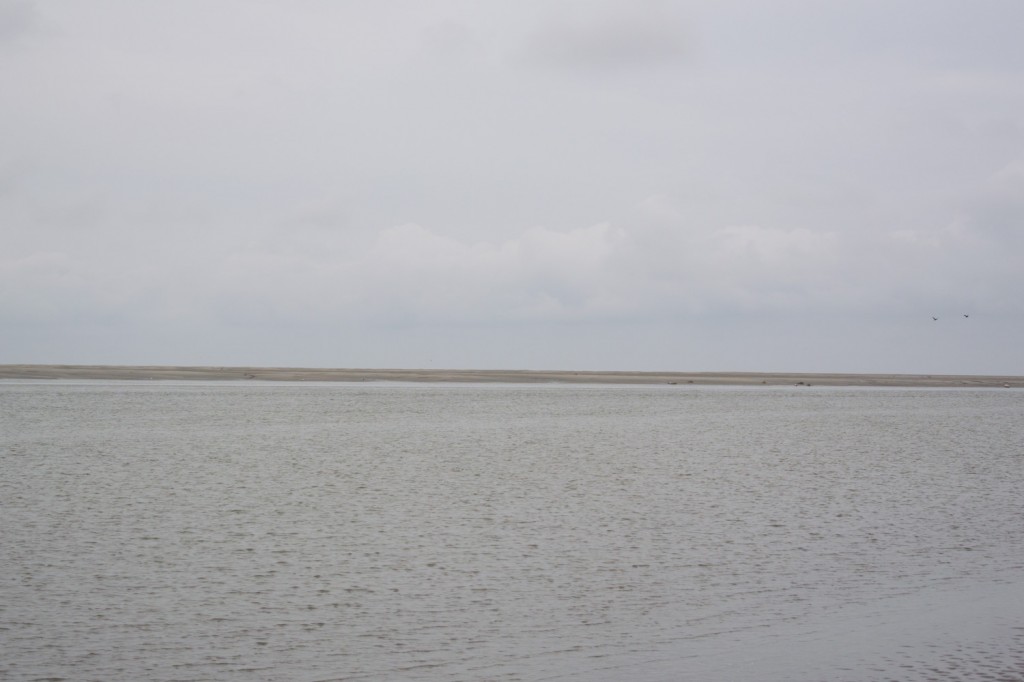 Yes yes..the seals are there. 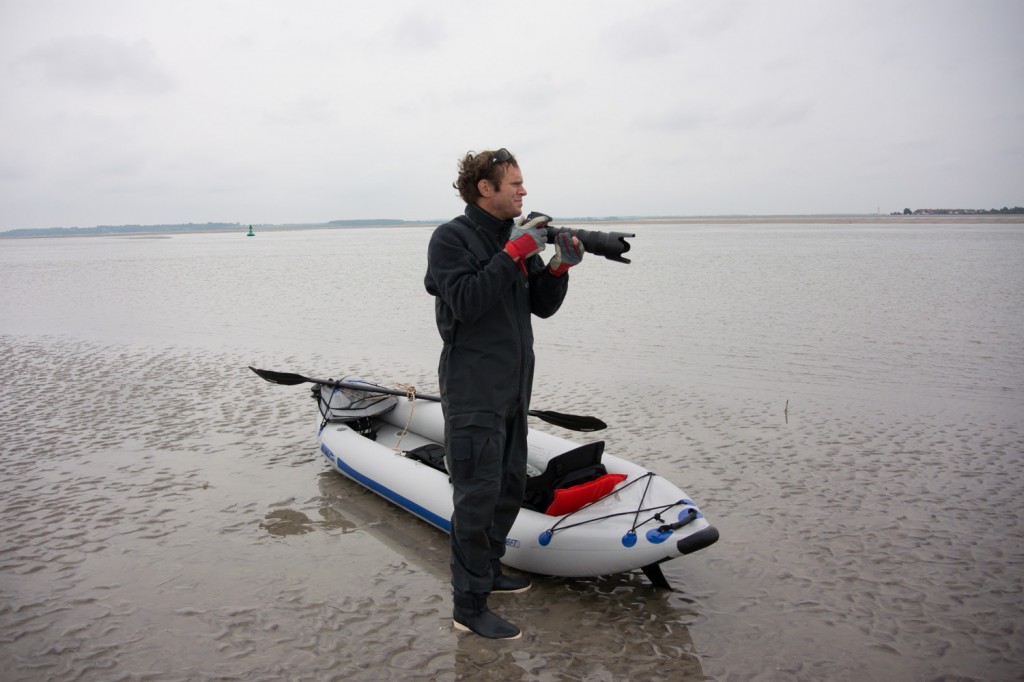 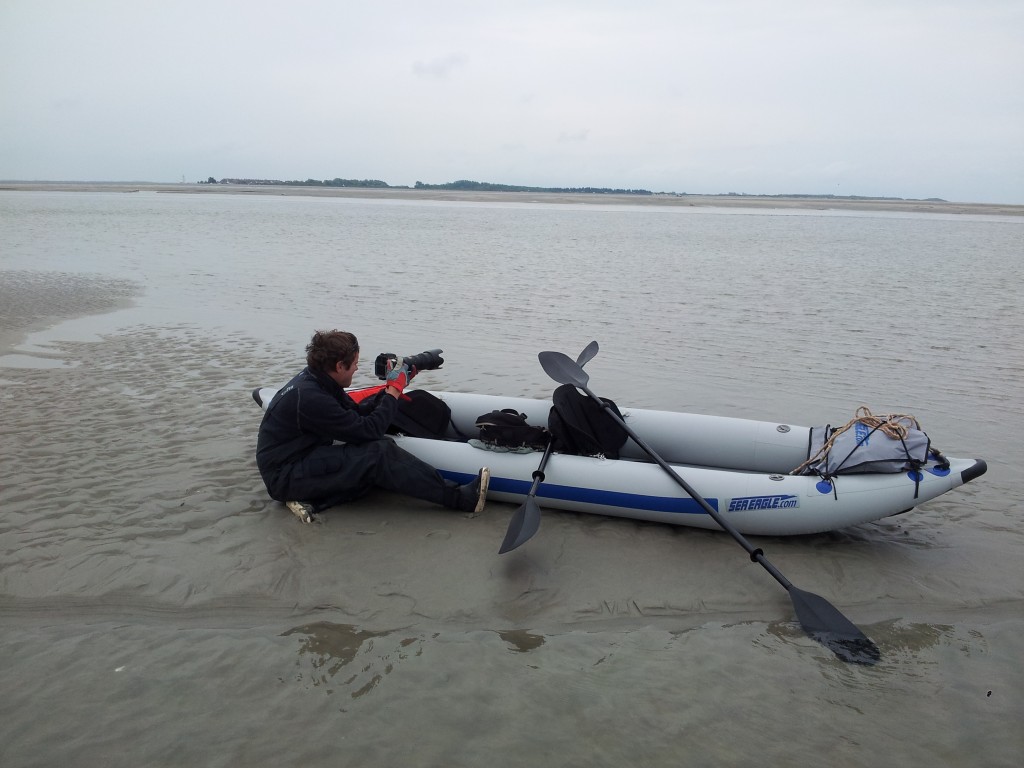 All in all, another great excursion and what was even more rewarding than seeing all the seals that we did was the fact that we could just jump in our own kayak and start paddling out. This was exactly the type of adventure I had imagined so it was definitely something to actually be able to do it. VERY. AWESOME. 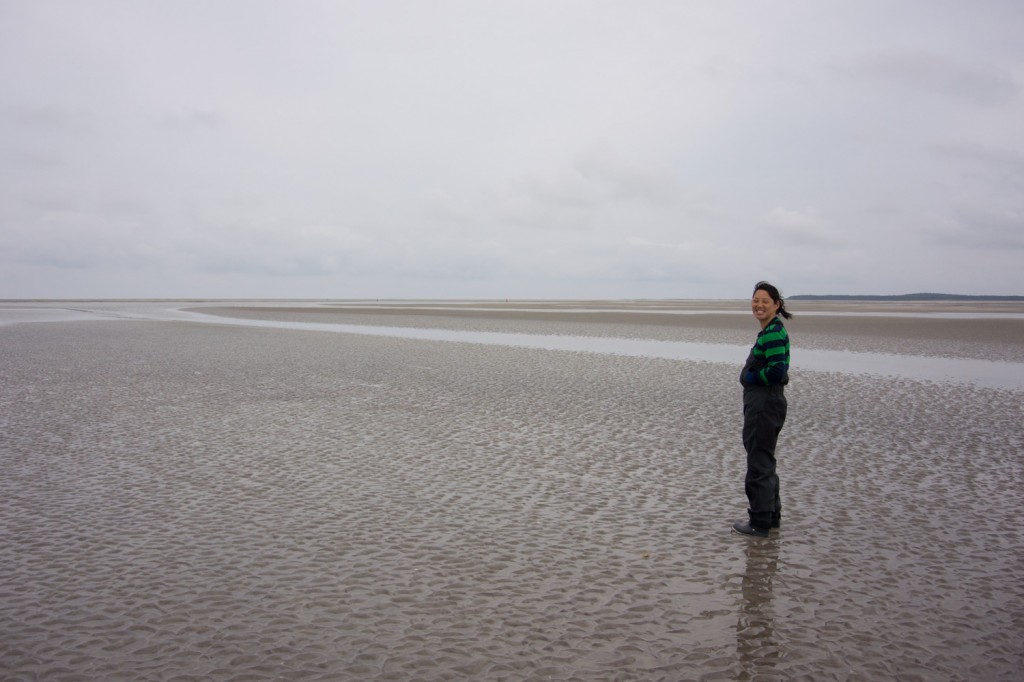 "Learn to limit yourself, to content yourself with some definite thing, and some definite work; dare to be what you are, and learn to resign with a good grace all that you are not and to believe in your own individuality."